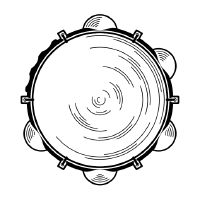 Sudograph is a GraphQL database for the Internet Computer.

It greatly simplifies CRUD development by providing GraphQL queries and mutations derived directly from your GraphQL schema. All you have to do is define your schema using the GraphQL SDL.

For example, if you created the following schema:

As an example, you might define the following types in a file called schema.graphql

Then Sudograph would create the following queries and mutations for you:

There's a lot more being generated for you to get the above to work, but you're seeing the most important parts (the queries and mutations themselves).

With the generated queries/mutations above, you could start writing code like this in any of your clients:

The query above will return all blog posts that are "live" (have been published).

Sudograph is a Rust crate, and thus (for now) you must create a Rust IC canister to use it. You should generally follow the official DFINITY guidance for the Rust CDK.

If you ever want to see a concrete example of how to implement Sudograph, simply take a look at the examples directory.

Let's imagine you've created a Rust canister called graphql in a directory called graphql. In the graphql directory you should have a Cargo.toml file. You'll need to add Sudograph as a dependency. For example:

Next let's define our schema. In the graphql/src directory, let's add a file called schema.graphql:

Your canister should be implemented as a Rust library crate, in this case the source code for our canister is found in graphql/src/graphql.rs. You only need to add two lines of code to this file to bootstrap your GraphQL database:

You will also need to add a Candid file to graphql/src. Let's call it graphql.did:

If you have setup your dfx.json correctly, then you should be able to deploy your Sudograph canister. Open up a terminal in the root directory of your IC project and start up an IC replica with dfx start. Open another terminal, and from the same directory run dfx deploy.

You should now have a GraphQL database running inside of your graphql canister.

This canister is ready to deploy without having to write any Motoko code. It can be used as-is for quick prototyping and testing, but is also suitable for production environments.

From here you can search these documents. Enter your search terms below.